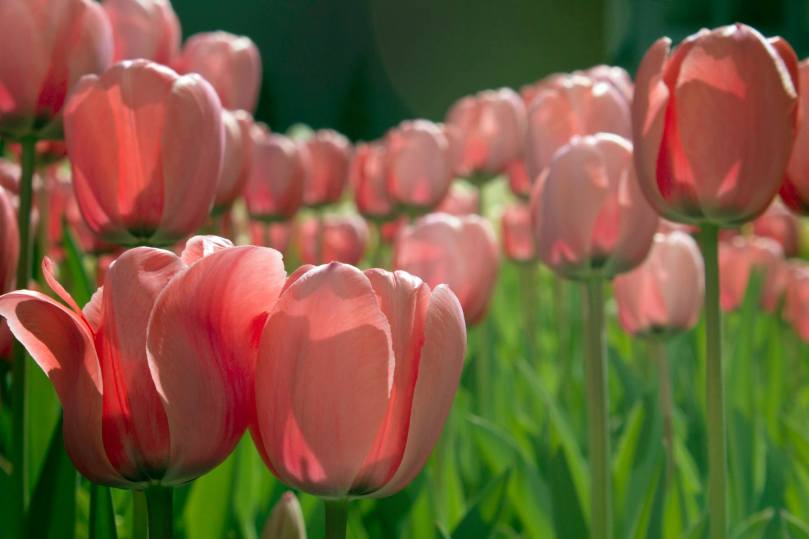 Legs were connected like tree roots, jutting in and out from the snowfall of bedsheets. Pale and dark roots that had come from two trees turned one. One dreamed of the other, his hands subconsciously tightening their grip around Rhys’s bicep, “a little on the small side, but I make up for that elsewhere,” he used to joke like some kid on the playground who had learned about sex too early from his older siblings. Aron would look up at him and retort with something like “where? Not up here, clearly,” tapping his head. “Well, I do have more than one head, you know.” The jokes would continue until they were breathing each other’s air, sharing that casual, almost lazy sex that had been expected of them their first summer in Pasadena, with the heat index doing their poorly constructed AC unit no favors; it wheezed in apparent rheum, which masked their lovemaking in a veil of machinery and the smell of ruined industry.

It was a rarity when they didn’t come together, a fact to be made fun of later, after the required shower where each would clean the other’s body, right down to the very parts that had been inside of one another only ten minutes prior. This was their sign of respect. They had boasted that the sonnets didn’t hold a match the feeling of ionized electrocution that came with each orgasm. They said these things, still naked, cocks flaccid but full of the unforgotten eagerness of sex, their skin drying in the heat of the day, in the kitchen or living room, places that could feel their nakedness, places out of the ordinary that made them feel self-conscious, not toward one another, but toward the blender or the coffee table. The unspoken honesty of that sentiment kept them drunk on the thrill.

But all this was the talk of the young and foolish, but at least they had these moments to live–in that rotting, hopeless summer whose nights were abuzz with bourbon under icecubes, under gas-fed yellow lamplight, under patios of strangers, under a veil of smoke and laugher, under a city of dreamless stars, omitted by light pollution and disease–together.

But tonight winter was on the menu, and it made for perfect togetherness, the kind that didn’t leave the sheets damp in the morning unless by choice. They had survived the summer and all of its pointless drama. Rhys had stirred at the sudden grip and uncrinkled his eyes in the grey room. They had fallen asleep listening to a Peggy Lee record that Aron had found thrifting that day; the needle slid lazily against the center of the record, leaving a small scratching noise that had eased them to sleep.

Rhys turned to face Aron; they had been living together for long enough now to disregard the problems that came with sleeping together: the awkward hair angles, the bad night breath, quiet snoring. All of these things now attracted him to Aron even more, the way he was attracted to the feeling of jumping into freezing water, or the graffiti lining the walls of alleyways. The unexplainable feeling that if, somehow, just maybe, he could disappear under the water forever, melt into the paint, dissolve himself and live in Aron’s bones, study these things until he knew them better than he knew himself, that he would become a part of something that might carry him into elysium.