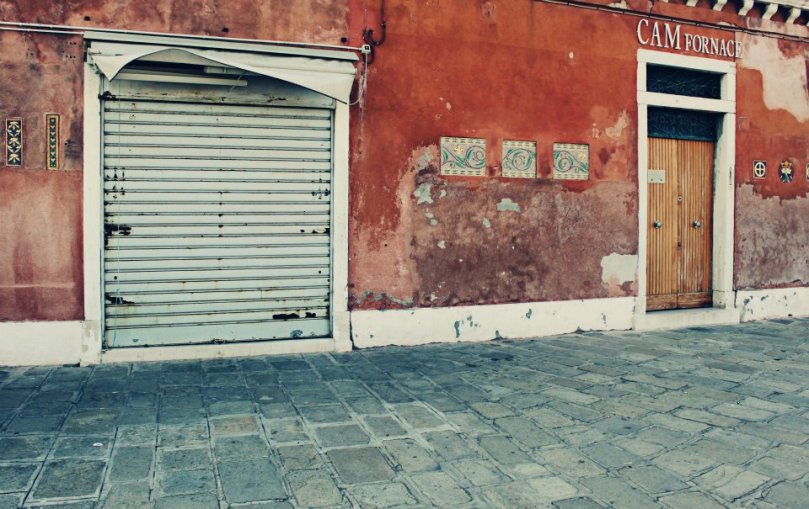 I’ve just thrown some spare euros into the receptacle at the mouth of the dock and am waiting impatiently, cleaning off the bottom of my shoe (gum) against a concrete slab that’s holding the ticket dispenser to the earth. But now I’m wondering if it’s even stuck, if I’m even grounded, or the city, for that matter—if we’re all just hovering on top of some idea, some clever thought by refugees. A floating city.

Venice is hot on the Canal Grande, a tiring hot, a boiling tar slick—even the ticket peels out of the dispenser in a slow, calculated way; I can almost hear the machine wheezing. Boats are passing on the canal as my attempt at nonchalance is growing thinner and thinner in the heat. Their dull motors shoot up a light spray of mist that evaporates before it reaches me from my perch, now at the edge of the dock, inside the roofed waterbus stop. The ticket is in my hand, held loosely, as if to show unimportance. I hadn’t once been checked on the vaporetto for any sort of papers, but there are signs posted everywhere in a translatable, warning-sign red: being caught without a ticket would result in a €47 fine. Probably best to play it safe. You didn’t want to be that guy—the guy who can’t even understand the bigliettaio and his syrupy-slow Italian. Just be silent, look straight ahead, and be happy you can pass for a real Italian with your golden skin tone. That’s all it takes.

The tourists are beginning to mill onto the docked stop, and while I’m glad I beat the rush, I’d also like nothing more than to jump into the canal and swim toward a local fisherman’s boat—to avoid association. A grab-bag of ethnicities, these tourists are all escaping their prospective countries for the allure of Venetian waterways, picturesque gondola rides with a moustachioed operator in a striped shirt and red ascot. They’re here at this vaporetto stop, I think, as their bodies become a wriggling mass of worms, sweating and fluctuating as the small enclosure reaches maximum capacity, because they’ve realized that just one gondola ride costs the same as a plane ticket from one end of the country to the other—from Venice to Naples. They paused, surely, considered the price for a mote of a second, and then decided upon pilfering rides on the vaporetto. Or perhaps they have their tickets stored in their fanny-packs.

On the vaporetto, inside the cabin, the air curdles. Being the first one on, I find an empty seat outside the sweltering cabin, by the motor. The dull roar of the engine is a fair price for the cool air that seems to blow from the romantic side canals scattered throughout the city. For once, I think, a near perfect moment: the water bottle-green, interrupted by the sun’s reflection, tiny creatures fleck the bridges and byways—tourists, tourists, punctured by the occasional native, some old woman trotting along with a Prada bag, a man in a straw hat, his olive skin shining in the heat. I wonder if they’re being paid to act the part, to bring a smile to the tourists’ faces, a click to their cameras. It’s peaceful, their comfort. I had just left the San Zaccaria, en route to Murano. The sun dips dangerously low, sinking into the western canals and the water shimmers like the cam fornace glass I was about to see on Murano.

While the side canals are only a few meters deep and are constructed of stone, the Canal Grande and others of its size are much deeper and covered at the bottom by a thick, three-meter layer of mud, able to trap anyone who might swim down to that depth with sinkhole-like precision. Swimming at all, though, is inadvisable, or so a middle-aged woman told me in sparse English at the Il Mandarino over an iced coffee that morning. The place was quiet, deep in the heart of Venice, far away from the canals, away from the overpriced hammer of tourism. The café looked like a living room, painted a dull yellow (stuccoed walls, of course) with couches for seating. “They throw, Venetians past, their slop into the canals. Cacca. Some still, in buckets.” As the vaporetto crosses the vast Laguna Veneta to the smaller island, I imagine a giant plughole opening, draining the city, the water whirlpooling to nowhere. Trapped in the canals, the tourists, Italians and I would wander around like zombies in the thick mud, climbing onto boats, attempting to escape the deep trenches, like the third circle of Dante’s Hell, confused, suppressed by the lack of beauty that seemed to disappear with the water.

With a dull thud the vaporetto collides with the stop on Murano, and I make my way back through the sweltering cabin, surprised that the tourists are remaining in their seats, not clambering stupidly, making a mad dash for the beautiful pieces of blown glass, filigreed pendants, ornate millefiori vases, unknowingly symbolic purchases of their travel to Venezia—too fragile; to be wrapped with an assortment of padding; imbedded deep within return suitcases; nearly forgotten in less than a year; replaced with the greedy desire for more exotic purchases; to sit on an end-table or in a curio until disintegration. Instead, they remain seated, and I step off the bus and onto the dock at Murano, past the return ticket dispenser (who needs it, anyway?)

A quick glance, and it’s clear why they stayed on the vaporetto. Murano is deserted, the shops closed, and the low sun has cast a shade over the island. Looking back at the main island, Venice still bleeds with the bright light of the setting sun, its shadow stretching across the lagoon. It’s suddenly chilly, but it’s a welcome escape from the sweltering heat of the day. I look around: bars have closed, their outdoor seating stacked around a table that’s chained to the ground. Iron grates and shutters over the glass windows, sheltering more glass trinkets behind them. Ornate glass mosaics dot the walls of a negozio di vetreria, a stark contrast to the splotched and decaying stucco. Murano darkens around me as I walk deeper into the alleyways, into the true abroad, feeling charged with electricity in this new foreign environment. As the vaporetto chugs back toward the island, I’m walking into a mercato and up its stairs to the mezzanine, where a group of Italian men are dropping coins into a line of slot machines without speaking. Their movements are automatic, and each time one wins, he just nods his head in what must be triumph. They don’t notice me and, not wanting them to sense who I really am, I slowly make my way back to the market to settle in for a quiet dinner. I’m seeing a side of Venice that would make the tourists cringe—a view of inactivity, of silence and emptiness. 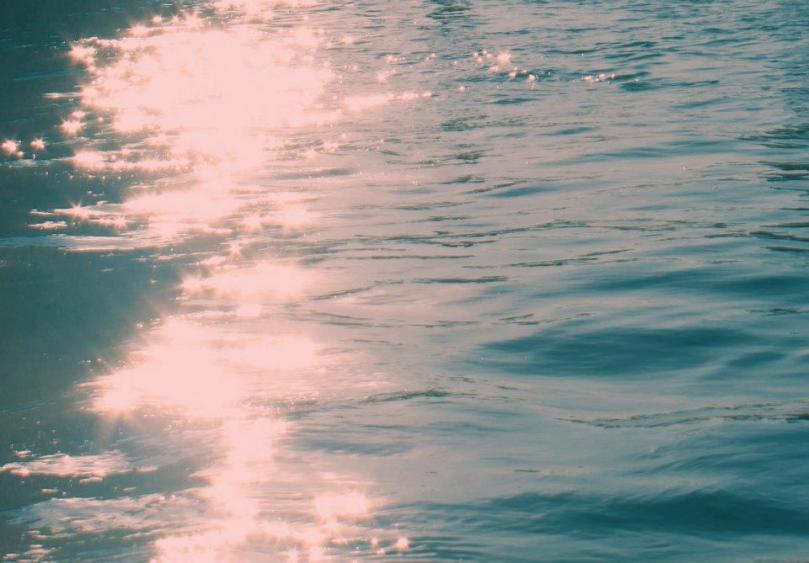 By the time I’ve bought dates stuffed with capers, prosciutto and salmon from the mercato, the tourists have returned to Venice, and are walking along the Fondamenta Nuove to eat the overpriced tourist food that haunts most of the main drags in any foreign city. “Olive Garden food,” the clerk at the market clucks as I pay for my dates; he has family in America, has been to the Olive Garden and found it laughable. While there, the tourists will sit atop the restaurant on rooftop terrace; the air will sizzle with the layers of foreign languages. The view, they tell themselves, makes the lackluster food worth the extra euros. The sky across the Adriatic Sea is foreign and electric to them as Murano to me: a mere trick of their minds. This isn’t the once in a lifetime sky you’re sharing with the rest of the terrace, I think as I walk the stradas back to my hotel after catching the last vaporetto from Murano that evening. Hotel—an embarrassing term for someone as trying as hard as I am. The word in Italian, albergo, was once used to indicate buildings in which several families linked together by a bloodline resided. As much as I’d like to disbelieve the old-world terminology as I watch boats disturb the inky black waters of the canal into the night, occasionally illuminated by a light staining the water from an open window from my room in the albergo, well, it’s not that easy.